From the Colleagues section of your Starred account, users can be assigned a role that manages their permission set.

To link a colleague to a specific role: 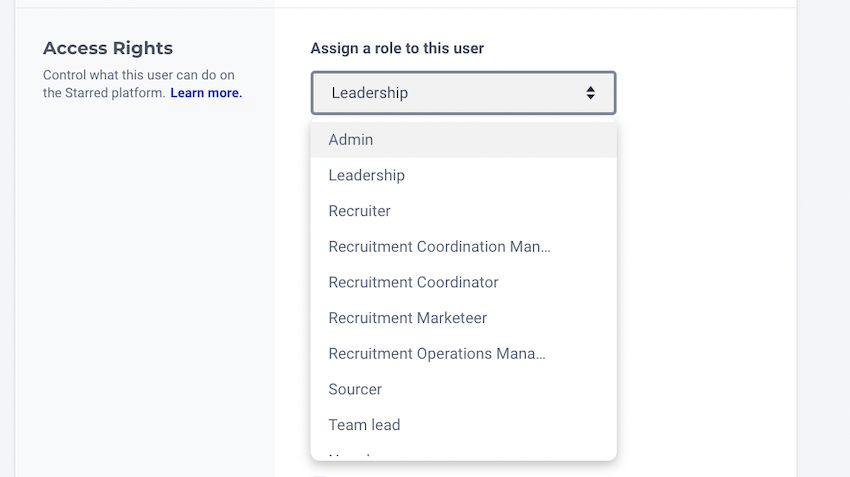 *These roles have access to cluster dashboards. See the related Support page to learn more.

For each user role, you can manage permissions and access rights in the Starred app to limit what the users assigned to that role can do.

To set up these permissions, from the Colleagues section you can click on Edit next to each user role. 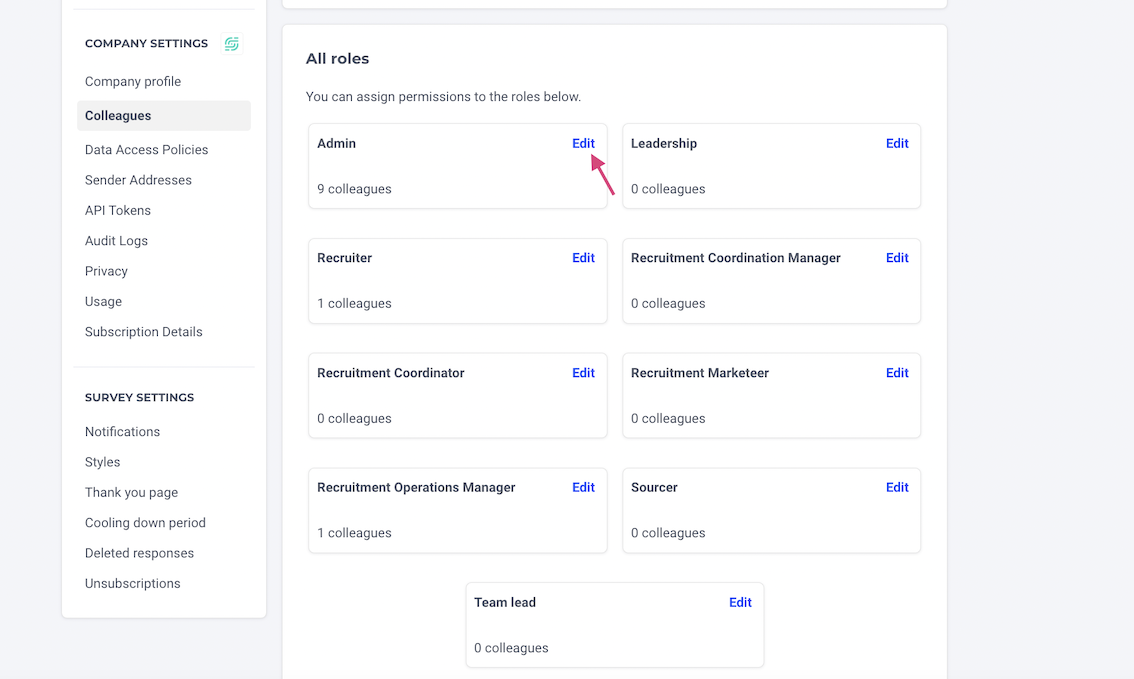 Let's take a look at these features one by one.

With Starred, it's possible to limit the actions that users can perform on the platform on an individual level as well as on role level. If you do it on role level, each user added to that role will have the same access rights. 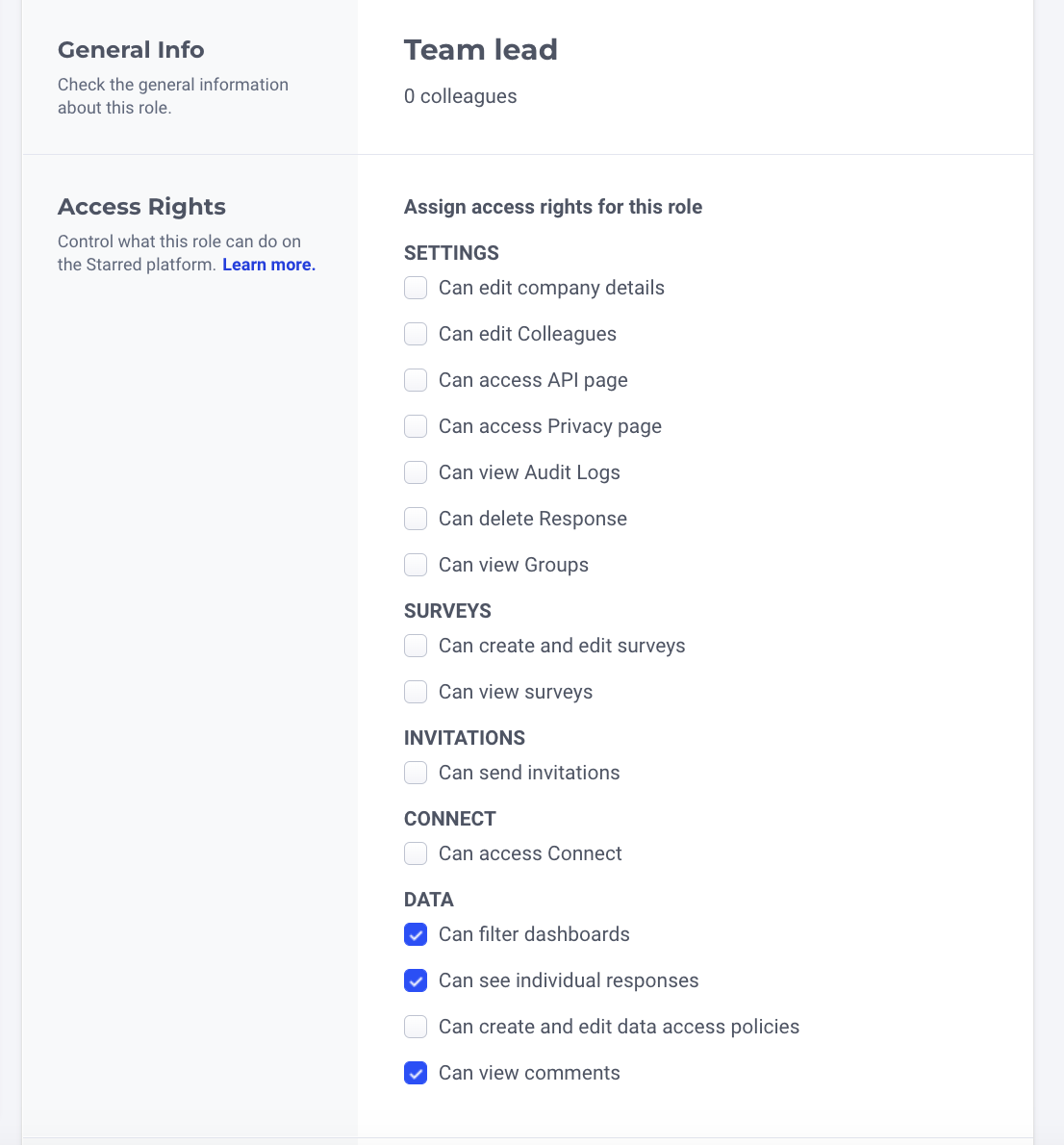 For more information on what each access right entails please refer to this support page.

By changing the settings in each user role, you are able to give users the rights to see all journey types or to select just the few that they should be allowed to view.

Like for the access rights, Starred allows you to create Data Access Policies for each user or to limit data access for specific user roles. Creating DAPs at user role level allows you to manage them in bulk, because these policies will be automatically applied to users when they are added or removed from roles

Example: You want to limit a recruiter to only seeing responses related to their candidates.

After ticking the box "Limit data access for this role" select on the left-hand side the field that you want to base your Data Access Policy on. We're choosing RecruiterApplication.

We then select "full name" from the right-hand side menu.

In this way, you are able to create a rule that when the recruiter name indicated in the application in your ATS (this field is retrieved from the workflow step "Action : Starred as destination - Send Invitation" in your integration) matches the full name of the user added to the recruiter role in Starred, then the results will appear in the dashboard for the user that is added to this recruiter role.

You can choose whether users added to a specific role are allowed to view your Bespoke Dashboard or not by clicking the relevant box:

Depending on the role assigned to them, users will have access to a customized role-based dashboard with aggregated results from all surveys.

These dashboards are personalized based on what their role should be able to see. Starred offers dashboards specific for Admins, Team Leads and Recruiters.

You can learn more about role-dashboards here.

Updated about 2 months ago

If you want to add Data Access Policies for single users, check out our next guide: